The Thing – A Horror Masterpiece? 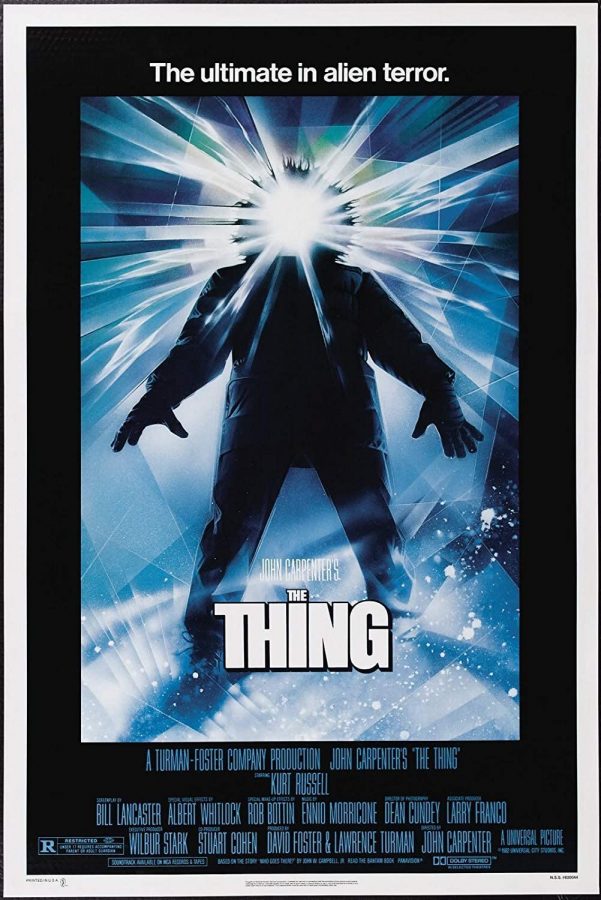 If you are following the Pop Gaming Scene right now, it might be hard to avoid a game called Among Us. A game of Suspcion while people on a spaceship do tasks to try and land the ship while avoiding death from Aliens that look exactly like them. The game is hectic, chaotic, deteriorates at the concept of Trust.

But in the 1982 a man by the name of John Carpenter brought this idea to the silver screen with his movie titled The Thing.

The movie stars Kurt Russell as MacReady, a Helicopter Pilot who is part of a 12 Man research team in the Arctic. After discovering an Alien spaceship in buried deep in the ice, they discover they accidentally released a Shape-shifting Alien who is slowly killing them off.

Carpenter’s directing is able to bring the paranoia off the screen in a way unseen for any other movie, leaving the viewer in just as much suspense as the characters in the film. For those who wish to see smart horror movie characters try to solve the situation they are in, you are in luck as Lancaster wrote these characters as actual people who not only are believable to work on a research team, but also in such a way that even if they onle have a couple of lines they feel real and like they matter to the plot of the movie.

When I first saw the movie 4 years ago I thought it was one of the greatest horror movies by John Carpenter ever, now after a re-watch I feel it is the best horror movie ever made.