Sooner or later a car accident is going to occur, make sure your ready for that time.

Accidents are prone to happen, we can’t control everything that happens on the road, we just need to be prepared for what to do in case of an accident.

When it comes to accidents, most people really don’t know how they are going to react to it. Some people think the world is crumbling around them, and how are they going to recover. Then there are the people that take a deep breath, remain calm, and resolve the situation the right way. Does anyone even remember what the right way is?

I remember around 2 years ago when I was in drivers ed, the various things we were told to do as a result of an accident. The first thing they tell you is not to freak out at the beginning of the accident. The last thing you want to do is lose your cool. That’s what they tell you, but the reality of it all is, it doesn’t matter who you are, most people end up either crying, or trying to be the tough guy, and cause more problems. According to Ury and Moskow Attorney and Counselor at Law, there is a 10 step guide on how to respond to an accident. The main points that they go through are, call the police, take pictures, exchange information, keep a file of all your accident information, protect your rights. These are the things that you suppose to do, but is that really what happens 100% of the time.

We decided to come up with our own list of how most people actually respond to car accidents. Starting from the beginning most people come out of a car accident in shock of what just happened, and either freak out or act like the world is ending and start crying.

For some people, the first thing they do is drive away instead of accepting the consequences of their actions. They say you are supposed to take pictures of the damage from both vehicles, but I feel like 90% of the time people don’t actually do that.

After figuring out that it’s not the end of the world, and that being alive is the best thing from this, they go over to the other person hoping they are okay.

Next, they will either try to resolve the problem hoping the other person knows that they are doing, or they go over and start yelling at them. 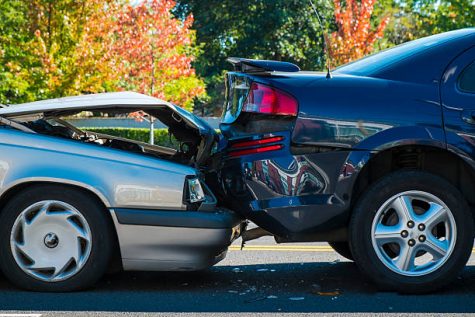 After all of these things, the cops normally show up and ask what happened, and probably 100% of the time both people make it seem like it’s the other person’s fault, even if it was blatantly their fault. All in all, getting into accidents sucks, and the best resolution for them is to not get into one.

In the end, just play it by ear and be smart about it. Don’t be irresponsible and get into a crappy situation. The last thing that you want to do is make the situation any worse than it is.